This was a pet project of mine. We just moved into a new house in a new city and I wanted to make sure my two girls were happy and comfortable, so I promised them a mural for their bedroom. They were fairly young at the time but who wouldn’t want a room filled with castles and magical things. I tried to include imagery that both my young (4) and older daughter (9) would like and ended up wrapping the mural around to cover three walls. I even fashioned a paper machete tree that connected the floor to the ceiling with faux leaves and creatures hanging from the branches. When you laid down in their beds, you really felt enveloped in this magical kingdom. 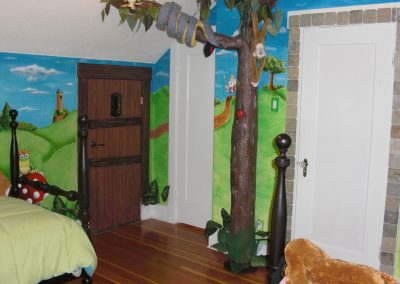 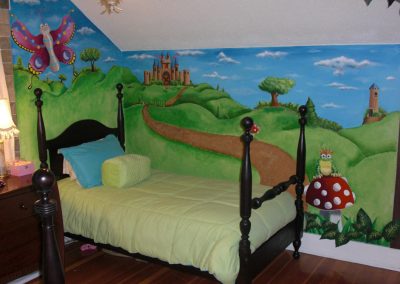 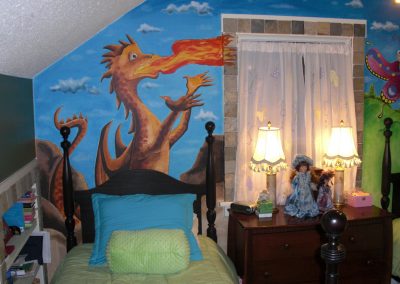 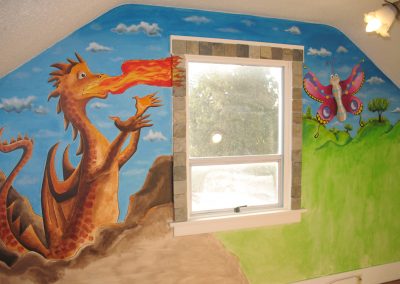 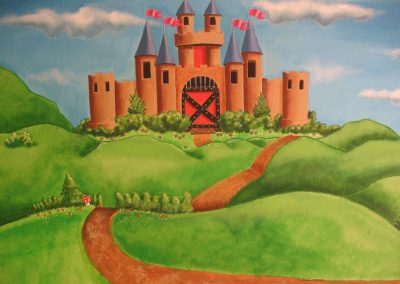 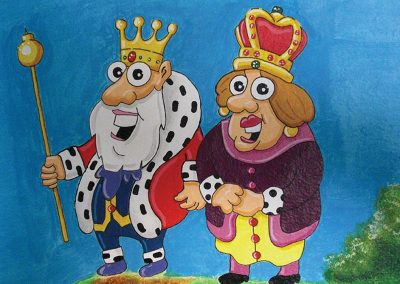 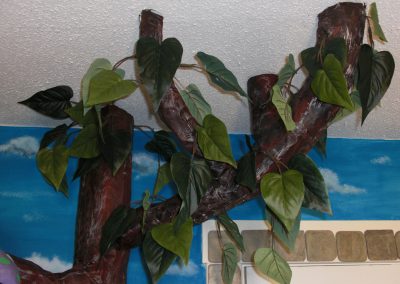 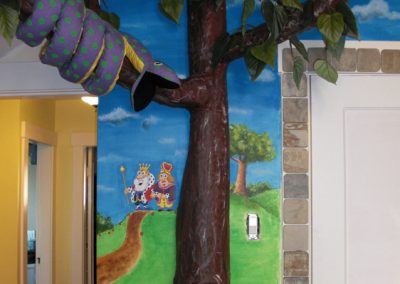